Skip to content
Home » Is the voluntary control of breathing the same as normal involuntary breathing? 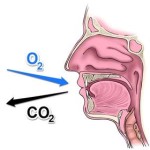 Most of the time, our breathing is controlled involuntarily so that we don’t need to consciously think about breathing in and out all the time (for reviews, see Feldman & Del Negro, 2006; Richter & Smith, 2014). However, there are many instances where we need to voluntarily control how fast and/or deep we breathe. For example, we need to control our breathing when we speak or sing, hold our breath, play musical instruments, for swimming, and for relaxation techniques. While voluntary and involuntary breathing uses the same muscles, and the typical respiratory variables of lung volume, airflow, and airway pressure can be accurately matched, we don’t know what happens to the involuntary neural control signals during voluntary breathing. It is possible that voluntary control signals from the cortex override and replace the involuntary signals that originate in the brainstem or both neural signals summate at the motoneurones to produce the desired level of breathing.

When we are exposed to air that contains a higher than normal concentration of CO2, this increased chemical stimulus increases the activity in our breathing muscles, i.e., it promotes involuntary breathing. What we found was if we briefly interrupted or inhibited the voluntary signals to the breathing muscles when subjects took a voluntary breath during high levels of CO2, then the involuntary signals were also suppressed despite the increased CO2 stimulus. 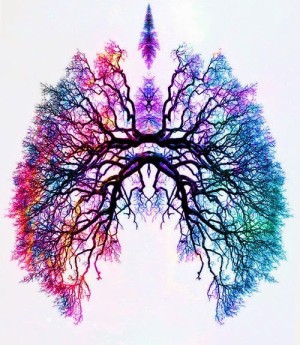