Over 15 000 times every day we draw air into the lungs by expansion of the chest wall and abdomen; we breathe. This movement occurs by activation of inspiratory muscles from electrical signals from the brain to the respiratory motoneurones in the spinal cord. There are many inspiratory muscles that can expand the chest wall and abdomen, and through our research, we want to determine how the brain ‘decides’ which muscles to activate and why. 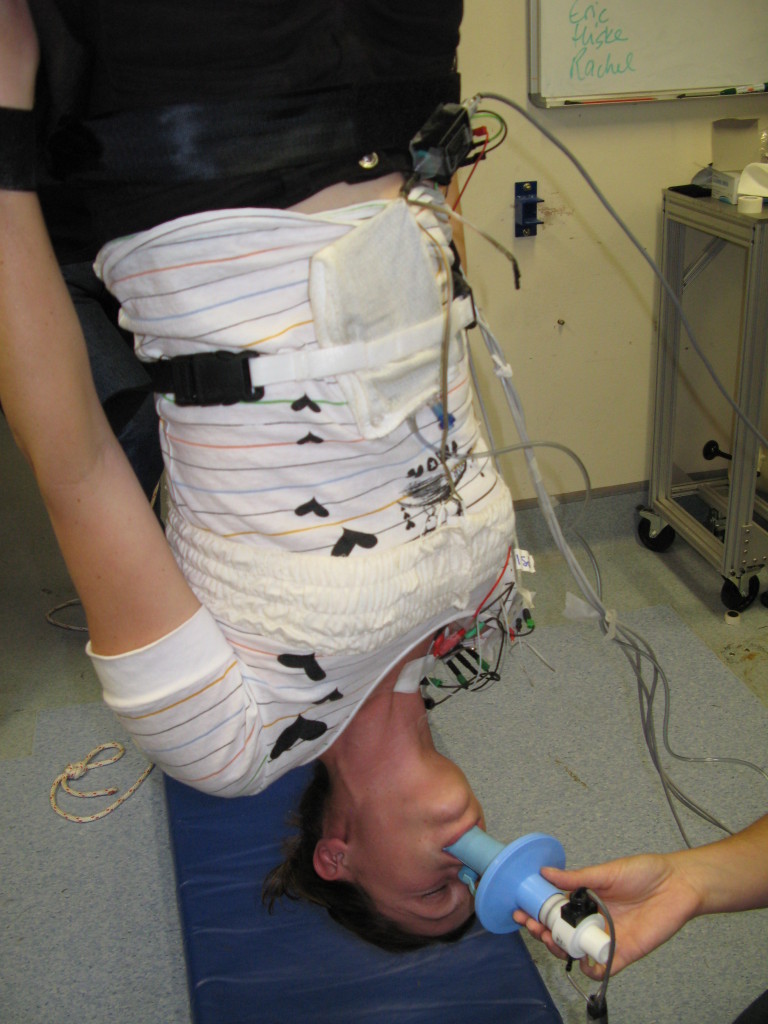 We found that the mechanical effect of the upside-down posture activation differentially modified the activity of two inspiratory muscles compared to their typical activation in the upright posture. Activation of the diaphragm, the main dome-shaped inspiratory muscle that sits below the lungs, was unaltered. However, for the scalene muscles in the neck, that are usually active to elevate the ribcage, activation was reduced by approximately half. Large concomitant increases in transdiaphragmatic pressure or ‘force’ suggest the ‘efficiency’ of the diaphragm was increased during breathing in the upside-down posture.

Efficient muscle contraction is important for all movements that we make, but particularly for breathing.  The change in inspiratory muscle activation with a change in posture demonstrates that the activation of these muscles is adaptable to the wide range of postures that humans can adapt. Furthermore, it highlights the importance of the link between the mechanical effect of a muscle and its activation by the brain.