Skip to content
Home » Thinking while walking: a challenge to balance control in ageing 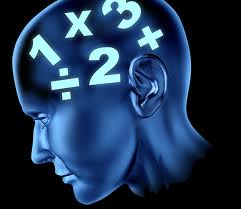 Previous research had shown that when people are required to simultaneously perform a cognitive and balance task their performance is worsened in one or both tasks, and that this interference is even more marked in people with reduced sensorimotor and/or cognitive functioning due to age and disease [1-2]. Interestingly, it seems that cognitive tasks where the participant is required to use visuo-spatial (VS) skills, i.e. remembering the path of an object, reduces balance control more than non visuo-spatial (NVS) cognitive tasks, such as performing an arithmetic task. Although this differential effect of cognitive task type on balance control had been reported during standing and stepping, no study had rigorously investigated it during walking, an everyday activity during which most falls in older people occur. We therefore decided to compare the effects of VS versus NVS tasks on gait measures such as speed, variability and smoothness in older people, while controlling for cognitive task difficulty.

Thirty-six people aged ≥75 years performed three walking trials along a 20 m walkway under the following conditions: while performing (i) an easy arithmetic task; (ii) a difficult arithmetic task; (iii) an easy visuospatial task; and (iv) a difficult visuospatial task. We recorded gait parameters with an accelerometer attached to the sacrum. To ensure that the tasks were adequately matched for difficulty levels and that the easy tasks were indeed easier to complete than the difficult tasks, we recorded response times and percentage of correct answers during walking and seated trials.

We first showed that at both cognitive task difficulty levels, participants made the same number of errors and took the same time on average to respond to both type of tasks. This confirmed to us that the cognitive tasks were equivalent in difficulty.

We then found that even though participants responded faster to the visuo-spatial tasks than the arithmetic tasks during walking, they made more errors and walked slower, took shorter steps, had greater gait variability and less smooth pelvis accelerations. Our findings therefore show that visuo-spatial cognitive tasks interfere with balance control during walking to a greater extent than non-spatial tasks. 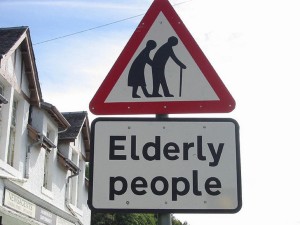 Our findings provide further insights into the cognitive processes involved in the control of balance during walking. They suggest that visuospatial processing might share common networks with locomotor control. It appears that the ability to concurrently perform a balance task and a cognitive task might not only be limited by the capacity of attentional resources but also by competition for common networks for spatial information encoding.

Furthermore, given that reduced gait speed and smoothness and increased gait variability are associated with an increased fall risk in older people, a gait assessment with a concomitant visuo-spatial task might be a useful test to include as part of a fall risk assessment. Further, the findings suggest that tasks requiring VS attention during locomotion present an additional challenge to walking stability, particularly in older people. This finding may be pertinent to persons at increased risk of falls, such as those with sensorimotor deficits and/or neuropsychological impairments.