To accurately move there is a need for proprioception, the sense of where our limbs are in space. Although we know much about how proprioceptive signals arise in the periphery, less is known about how these signals are integrated so that they can be understood in the spatial co-ordinates of the body. The neural activity which reflects this co-ordinate system is often termed a body representation (or map). These representations must update as the body changes with age. How do these representations adjust to the metric properties of the body? 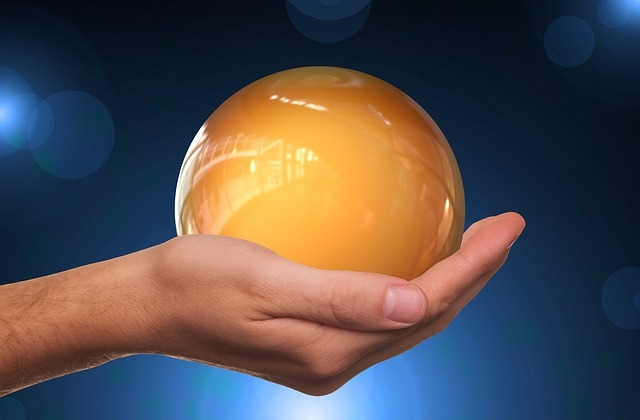 These body representations can be difficult to study, as philosopher William James pointed out that the stimulus of interest, the body, is always there. Hence, unlike vision and other senses, it is not easy to simply ask participants what they feel in response to the addition or removal of sensory input. Fortunately, body representations are also shaped by external sensory input, and we can learn more about them using perceptual illusions.

An illusion known as the Uznadze after-effect (Uznadze, 1966) can shed light on how tactile distance is perceptually processed. A large and small ball are held in each hand, repeatedly squeezed and then swapped. This conditioning produces a robust after-effect where the small ball feels much larger and vice versa.

Calzolari and colleagues (2017) used a variation of the Uznadze effect restricted to activation of touch receptors, in contrast to the traditional effect which involves sensory input from motor commands, muscle receptors, and touch receptors. Blindfolded participants received ten seconds of conditioning to each hand with touches spanning different lengths. Subsequently, they judged which hand received the longer of two test lengths.

Strong after-effects were observed in the basic condition, as in the original Uznadze effect. The experimenters then used a series of cleverly designed controls to confirm that tactile distance arises in early somatosensory areas. Specifically, the after-effect was restricted to the stimulated skin-surface and did not transfer contralaterally.

In the adaptation phase of the modified Uznadze illusion, participants are touched alternately on the back of each hand with two different stimuli. In the test phase each hand receives the same stimulus, but they are perceived as different lengths.

Although not mentioned by the authors, their results are consistent with the persistence of the Uznadze after-effect in a patient suffering brain damage to higher order areas of the brain (Maravita, 1997). Thus short tactile distances are almost certainly processed in early somatosensory cortex.

Maravita A (1997). Implicit processing of somatosensory stimuli disclosed by a perceptual after‐effect. NeuroReport 8(7), 1671-1674.