Older people with dementia are at increased risk of physical decline and falls, with 60% falling annually. So far, there is limited evidence that falls can be prevented in community-dwelling older people with dementia (Sherrington et al., 2016). Poor balance and depressive symptoms are risk factors for falls in this population, and exercise has the potential to modify both risks, and potentially reduce falls (Taylor et al., 2014). We have previously conducted a pilot study in which we determined that a 3-month exercise intervention did not provide adequate time to progress the exercises to a level that would be challenging enough to improve balance (Wesson et al., 2013). Therefore, we examined the effects of a 6-month home-based, tailored, exercise program on balance and mood in community-dwelling older people with mild to moderate dementia. We also looked at how adherence impacted physical performance. The exercise program consisted of balance and strength exercises. 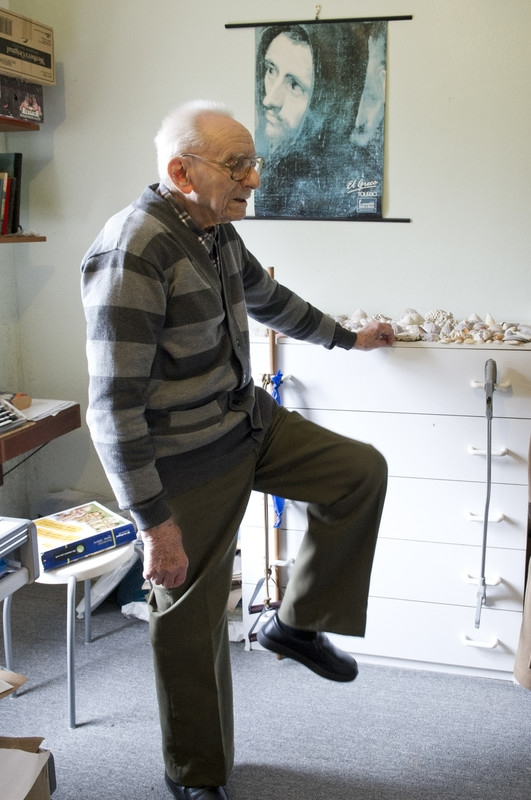 We found that home-based, carer-supported, tailored exercises improved balance, concern about falls, and planned physical activity. However, there was no change in depressive symptoms, and lower limb strength declined over the study period. For the six participants with clinically significant depressive symptoms, their depressive symptoms decreased but this was not statistically significant. Participants who exercised at 70% (or more) of the recommended dose had better balance at the end of the study period compared to those who exercised at less than 70% of the recommended dose. The number of exercise sessions the participants completed decreased during the 6-month intervention, as did the number of participants exercising. Several factors (e.g. placement in residential care, illness, lack of interest in continuing to exercise and carer issues) were identified as affecting exercise progression and participants’ ability to adhere to the prescribed exercise dose. The dominant factor identified by the treating physiotherapist as affecting exercise progression was cognitive ability.

The home-based, carer-supported, tailored exercise program improved balance, concern about falls, and planned physical activity. However, there was no change in depressive symptoms.

This study has added to the relatively limited literature demonstrating that community-dwelling older people with dementia can improve their physical performance, specifically balance, with exercise interventions.

This study also contributed to the design of a large randomised control trial (i-FOCIS) which is currently underway and is investigating the effect of a combined home hazard reduction and tailored exercise program on falls in older people with dementia (Close et al., 2014).