Skip to content
Home » Falling is a risky business 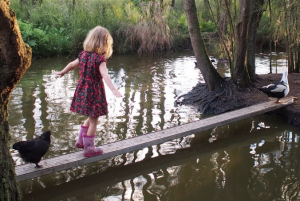 Awareness of our physical ability is critically important when we decide on what actions to take. Can I reach that far?, Can I walk on that path?, Can I step that high? This is particularly important for older people whose physical function declines with age and who are at increased risk of falls (Lord et al 1994). Older people may make unsafe decisions despite the risk of injury because they may be unaware of their reduced physical ability and do not adapt their behaviour to match their ability (Butler et al 2011; Holland & Rabbitt, 1992).
We investigated the relationship between risk-taking behaviour and physical ability and its contribution to falls in a large group of older people. We asked our participants, all aged over 70 years, to walk as quickly as possible to a visible destination by choosing one of six paths. Each path had a raised plank that had to be walked along without falling. The shortest path was the most difficult with the narrowest and tallest plank and the longest path was the easiest with the widest and lowest plank. We compared their decision with their actual physical ability to determine how much risk they were willing to take.

More than one-quarter of older people made very risky decisions and chose to walk a plank that was well beyond their ability. Typically, these people had poor function. Unexpectedly, those who made the riskiest decisions reported they acted cautiously on a questionnaire. These people also had a high rate of falls in the subsequent year. 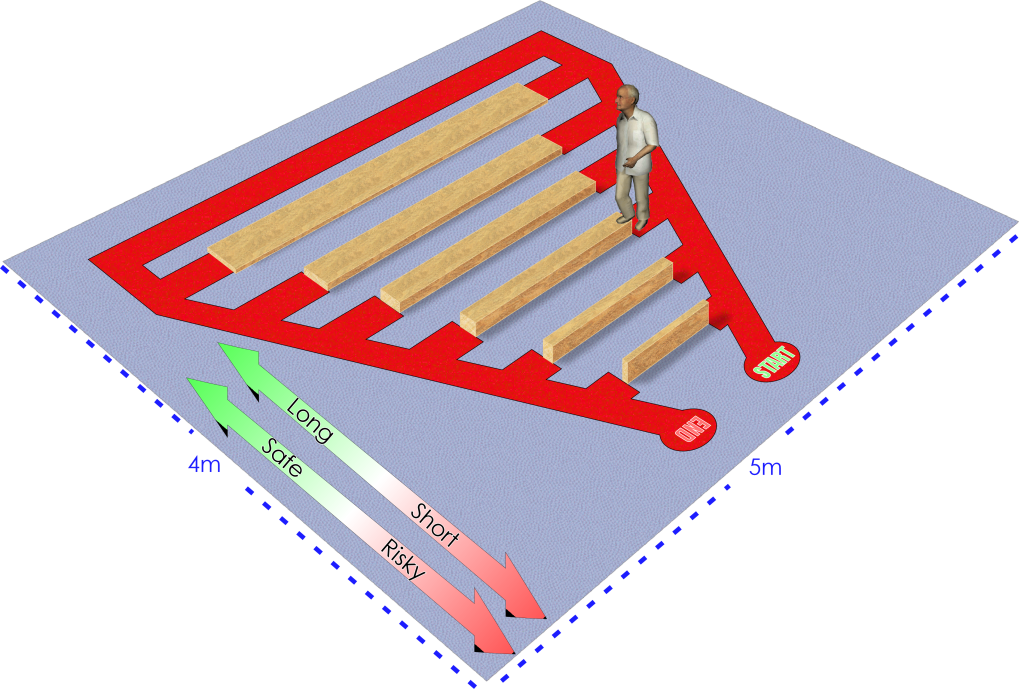 Participants had to get from START to END as quickly as possible choosing any plank to cross. The longest path had the least difficult plank to cross but as path lengths became shorter the planks became progressively more difficult to cross.