Immediately following a spinal cord injury (SCI) patients enter a state of areflexia and muscle weakness that is gradually replaced by the recovery of neuronal and network excitability leading to improvements in residual motor function over time as well as to the development of spasticity (i.e. involuntary muscle spasms). Spasticity can lead to impairments in motor function and can be painful, therefore treatment is warranted. The most commonly prescribed anti-spastic, baclofen, acts by targeting the GABA system to restore inhibition in the spinal cord, however, recent work has shown that serotonin may also play a role in the development of spasticity after SCI (Murray et al., 2010; D’Amico et al., 2013). Serotonin binds to and activates excitatory 5HT2 receptors located on the motoneurons and results in the activation of persistent inward currents (PICs) which have been shown to underlie self-sustained motoneuronal firing and long-lasting involuntary muscle spasms in animals and humans after SCI (Murray et al., 2010; D’Amico et al., 2013).  Following SCI, the majority of serotonergic inputs to the motoneurons below the level of the lesion is dramatically reduced (Murray et al., 2010). Despite this dramatic reduction in serotonin, PICs are increased following SCI. After SCI the activation of PICs, in the absence of serotonin, is due to the emergence of constitutively-active (i.e. spontaneously active) isoforms of the 5HT2C receptors.  It was hypothesized that the “switch” between ligand-activated to constitutively-active isoforms of the receptor was an adaptive mechanism triggered by the absence of the ligand (serotonin) below the lesion since these studies were performed following complete SCI. It should also be noted that the contribution of constitutively-active 5HT2C receptors to spasms following incomplete SCI in humans (the majority of human SCIs) remains unknown through current pharmacological methodology. The study presented here aimed to determine 1) whether constitutively-active 5HT2C receptors contribute to spasticity after incomplete SCI in mice and 2) whether chronic administration of serotonin reuptake inhibitors (SSRIs) modulates the development of constitutive activity following injury.

Using both in vivo and in vitro testing on two groups of mice with incomplete thoracic SCI it was demonstrated that constitutive receptor activity does increase following incomplete SCI in mice, however, this increase occurs to a lesser degree when compared to previously published studies in complete SCI rats and humans. Interestingly, it was also demonstrated that chronic treatment with Prozac (SSRI) significantly altered the adaptation of 5HT2C receptors following SCI. More specifically, Prozac resulted in a decrease in the expression of constitutively-active receptors when compared to the group of mice that did not receive treatment with Prozac. 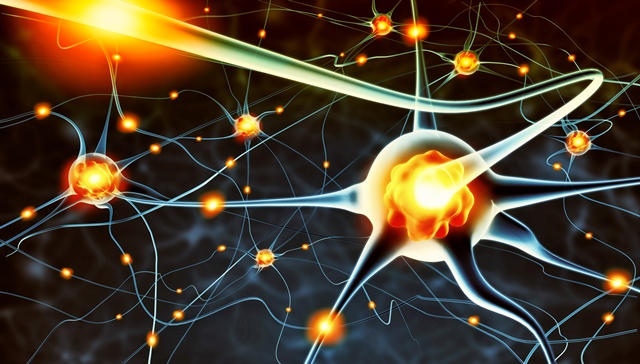 These results re-iterate previous findings demonstrating the potential of targeting the 5HT2C receptors, and specifically the constitutively-active isoform of this receptor, for the treatment of spasticity after SCI. Additionally, these results also suggest that the “switch” to constitutively-active receptors can be modulated through pharmacological intervention in animals. The real question then becomes whether the emergence of constitutively-active receptors is a maladaptive mechanism? On one hand, increased motoneuron excitability may aid in the recovery of motor function, but it can also produce debilitating muscle spasms that can affect any remaining function the patient may have when unchecked by normal inhibitory mechanisms. It has been proposed that strategies to help improve controlled and functional activation of motoneurons via synaptic inputs may help to strengthen the purposeful activation of muscles and reduce the involuntary activation of motoneurons. Thus, rather than suppressing the involuntary activation of motoneurons and muscles with suppressive pharmacology, perhaps we should be exciting the spinal cord with functional, patterned activity that occurs, or mimics inputs produced, during natural movement to keep intrinsic, inhibitory mechanisms viable (D’Amico et al. 2014).