Muscle weakness is the largest cause of disability after stroke (Canning et al 2004). Stroke survivors have levels of muscle strength that are about half of that of people who have not had a stroke (Dorsch et al 2016; Horstman et al 2008). Thus, it is important to identify interventions that can improve muscle strength in stroke survivors.

In our recent paper (Dorsch et al. 2018), we reviewed data from 11 clinical trials that used progressive resistance training to try to improve strength and function in people with stroke. Our review included trials in which study participants were stroke survivors at any time after stroke, and the trials also needed to include an intervention group that performed progressive resistance training and a control or placebo group that did not perform the training. We looked at the changes in muscle strength and function in these studies. In general, studies that involved training of leg muscles, function was measured with walking speed, and studies that involved training of arm muscles involved functional tests of the arms. 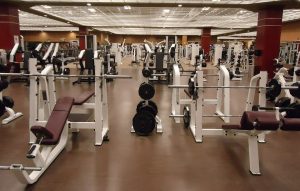 In stroke survivors, progressive resistance training increases muscle strength. However, this does not necessarily improve arm function or the ability to walk. This finding suggests that if stroke survivors are strong enough to participate in resistance training then muscle weakness is not their main impairment, and training should target other impairments, such as loss of coordination. However, if a patient has very weak muscles – too weak to move against small resistances or against gravity – then increasing strength should still be a priority.

Dorsch S, Ada L, Alloggia D. Progressive resistance training increases strength after stroke but this may not carry over to activity: a systematic review. J Physiother 64:84-90, 2018.

Dr Simone Dorsch is a lecturer in Neurological Physiotherapy at the Australian Catholic University and a member of the StrokeEd collaboration which teaches workshops on the clinical implementation of evidence based practice in stroke and aged care rehabilitation (www.StrokeEd.com). Her current research focuses on strengthening interventions after stroke and strategies to increase practice intensity in rehabilitation.